What Kind of Fuckery is This? 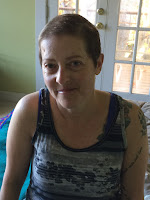 What kind of fuckery is this? It’s what Amy Winehouse sang so gorgeously in “Me and Mr. Jones.” “WHAT KIND OF FUCKERY IS THIS?” I love curses I’ve never heard before, especially when they fit a situation so well. The fuckery: a gal in her prime bitch-slapped with a cancer diagnosis a month after doing her best triathlon ever, in the best shape of her life. Then Fuckery 2.0: metastatic diagnosis nine months (NINE MONTHS!) after finishing treatment. Most of you probably know all this, but that’s it in a nutshell if you didn’t. I just had to use my new word a few times and what better venue?

OK, that was satisfying but I have other stuff to say That isn’t just playing with my new curse words. I was reading an Anne Lamott essay last night, and three words stood out: “Grace bats last.” Here’s the context:

"So why, in this fever dream, do I still believe that we will be okay; that Grace bats last, that mercy from within us and around us will be more than enough to help us come through? God thought we would like wattles, divorce, warfare, snakes, and acne? I could go on and on — global warming, urinary tract infections?" 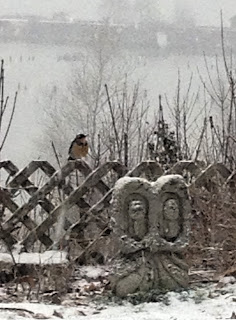 I’m not religious myself; in fact I might be on the negative side of the number line on this one. Less than zero. I don’t judge, unless someone hides behind religious values and is cruel, or dishonest, or racist, or misogynistic, or cheats, or or or….. We all know ‘em. There are people I love who are deeply religious. One of them, though I've never met her, is the writer Anne Lamott (after all, she does curse on occasion): “Mercy means that we soften ever so slightly, so that we don’t have to condemn others for being total shits, although they may be that.”
When I think about my own spirituality, it’s like a t-shirt that I love, that is not super attractive, that’s grayish from never separating my laundry. Mostly, it’s trying to live in grace, which Lamott has written about so often. For me there’s no god in grace. Grace isn’t perfection or ease. Grace is the act of living every day within the conflict between anger/grief/devastation, and peace/ contentment/acceptance. As I’ve written before, grace IS the conflict. Grace is figuring out over time and struggle how to live with it. It’s a gray area.
Which is what I was going to write about. My body has no visible cancer right now. Yea! My brain has five tiny lesions that aren’t a big enough deal right now to treat. Yea…..? This is a "great report" from both of my brilliant docs. Grace is my interior screaming, “What Kind of Fuckery is This?” while trying to be content with walking around with five cancerous lesions, however small and asymptomatic. 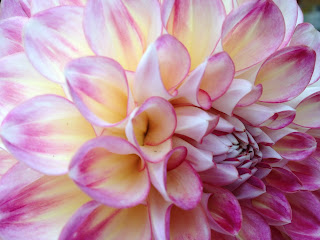 Grace is going for a run on a beautiful day, followed by yoga on my porch in the sun, and feeling incredibly healthy, while housing five brain lesions rent-free.
Grace is finding the news is good enough (good enough for who it’s for, as we say at my house) to buy a plane ticket.
Grace is knitting while getting IV chemo, confident I would finish the sweater.
Grace is the lucky charm I wear to chemo and doctors’ appointments.
Grace is spending as much time as I want cooking, which I love. It's sleeping as much as I want, while worrying I'm wasting too much time sleeping.
It’s enjoying making my friends a group birthday cake and being nervous about birthdays in general, simultaneously.
It’s signing up for a 5K running event, hoping I won’t have wasted the money if the shit hits the fan and I am unable to do it.

I guess it's being alive. 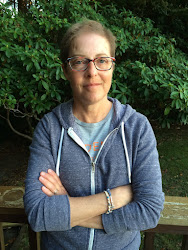